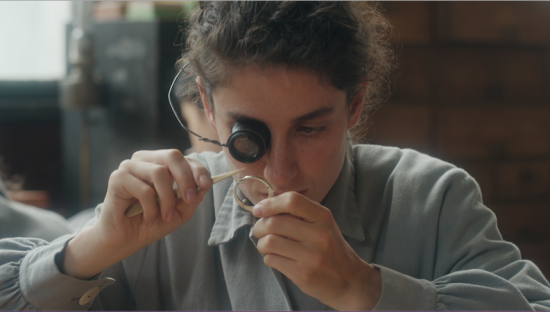 Our newest film Unrest (Unrueh), directed by Cyril Schäublin, is in selection at the Encounters competition in the 2022 Berlinale!!
Unrest is the story of young watchmaker Josephine in 1877 Switzerland, who gets involved with the rising anarchist movement as new technologies begin to transform money, time and labour in the small town.
His first film, Those who are fine, premiered in Locarno in 2017 and was nominated at the European Film Academy.

Masaaki Kudo’s third feature film, will have its World Premiere at the Crystal Globe Competition of Karlovy Vary Film Festival. Next […]

In Jeonju, the jury members composed of Nicole Brenez, Venice Days programmer Andrei Tanasescu, and directors Chang (The Target) and […]

4 May 2022 Small Body gets a David Di Donatello

One year after its selection in Cannes Critics’ Week, SMALL BODY scoops the David Di Donatello Award for Best first […]

Each year, Malaga International Film Festival, curates a selection of Ibero American and Spanish films. At this year’s edition UTAMA […]